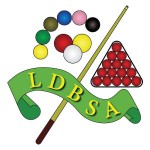 The Billiards format was that the whole team was handicapped with five players competing from each side, it was also the away teams responsibilty to pay one old penny towards the light as well as refereeing.

In the mid 1930’s, a second snooker league was introduced to accomodate the increase of interest in the sport, with billiards gradually fading away. Snooker began to take off further in the 1940’s with the third and fourth divisions forming.

The late 1950’s saw the billiards reduced to only one league, the same as we have nowadays. At its peak, there were 7 snooker leagues, but has now been reduced to 4 again.

Today in 2015, we have over 300 players spread over 4 snooker leagues and a billiards league. There are many knockout competitions for all players to enter, resulting in our annual presentation night at the end of the season.

No Replies to "LDBSA - Lincoln Snooker"