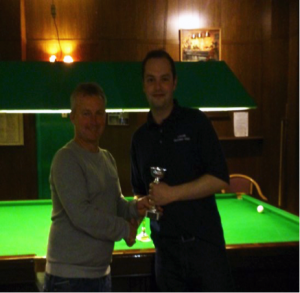 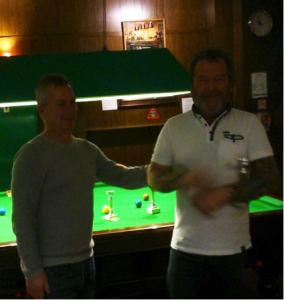 Matt Lee made it four in a row by winning the May snooker handicap tournament at the club last Sunday. Victorious in the previous three events, the six-time Lincoln Senior Champion continued his winning sequence by defeating popular finalist Reg Biggs 2-0 to win the £130 first prize. Lee also won the highest break prize with an excellent run of 86 during his quarter-final win over former event semi-finalist Geoff Robson.

The event was well supported with 24 players competing on the day. These included former local professional Alan Peacock who made a welcome return to the competitive scene. Eliminated in the group stages only by way of a lesser head-to-head record, he showed glimpses of his heyday with breaks of 53 and 59 on the day.