The first Saturday coaching session took place at the club on Saturday, 9th April, and like the open day previously, proved to be a resounding success. It saw an excellent turnout with players of all ages and varying levels of ability, from those just starting out in the game, to some already accomplished league players. 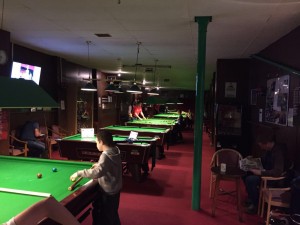 Throughout the two hours, our two World Snooker coaches, Matt Lee and Dean Christopher, guided those present through a number of routines, all designed to develop and improve their game. There was also demonstrations on the basics of technique, along with an early emphasis placed on the importance of both the rules and etiquette of the game. 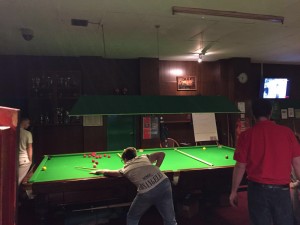 The session was concluded with local league players Dale Schofield and Hugo Tomas completing their white and red bands, in line with the criteria set out in the WPBSA’s ‘White to Black’ coaching programme. In doing so, they are the first snooker players to achieve these, anywhere in the world. Congratulations to them both. 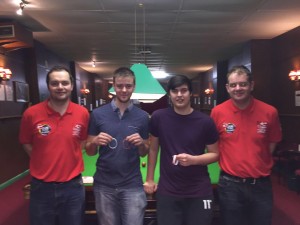 All in all, the first ever Saturday coaching session achieved exactly what it set out to do. It saw people come along and show a willingness to play snooker. There were sure signs of improvement for every player present and above all else a real sense of enjoyment whist doing so.